Since my ears initially graced them back in 2016, I’ve considered Glasgow outfit 100 Fables to be one of the most valuable assets to the Scottish pop scene, thanks to a mixture of outstanding talent, colourful personality and rocking live shows.

But the last year has been majorly hectic, to say the least, spanning from personal struggles, to line-up changes, to COVID-19 screeching the entire industry to a frustrating halt.

Given the various circumstances, a change of pace was sorely needed, and with that, 100 Fables have emerged with a clean slate, ready to begin afresh, and to kick off his exciting chapter, they prepare to launch their first single under the new umbrella titled Roadside.

Well, a new umbrella is certainly right, because the band haven’t just had a coat of paint on the surface, but it also reflects in their music, with less emphasis on the old melodic, immensely bubbly style and more focus on a modern, deliberately synth-based direction that is sleek, smooth and refreshingly vibrant; Lewis Gardner of Prides fame was naturally the perfect choice to help bring this to life in the role of producer.

One element that’s remained consistent is Lyndsey’s fabulous vocal talents, with her voice as usual covering a broad pitch range, in addition to her ability to powerfully get across the emotions of the lyrical content and utterly engross you.

On that note, the writing is among their best yet, detailing a relationship that has fallen apart and fractured, but with the person in question eventually striving to regain their courage and independence, and thanks to Lyndsey’s aforementioned performance, it really resonates with the listener.

Cameron’s cool guitar chords, Logan’s slick drumming and the sprinkling of luminous key notes are a lush combo, and being finished off by a great chorus and bright climatic section, you have a tightly concocted song with a lush sound and legitimate emotional value that marks the re-debut of 100 Fables in a stellar fashion.

I do believe the full potential has yet to be realised and uncovered with this updated venture, but saying that, it’s still in its infancy, and given their past where they have proven time and again to be capable in exploring a multitude of trends and succeeding, I’m confident that once they reach the peak, we’re going to be in for something truly special. 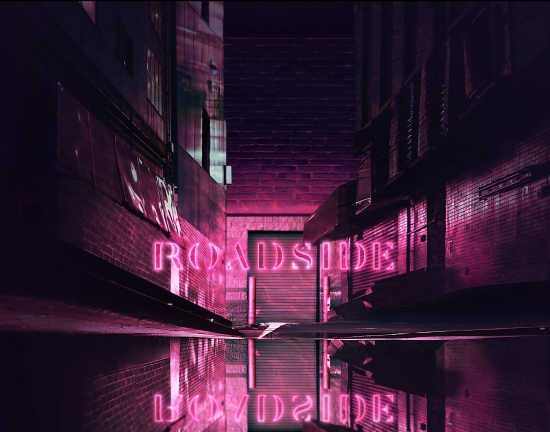